The Queensland RTA (Residential Tenancies Authority) are a quasi-government department that manages all of Queensland's rental bonds.

As well as handling $1.6M of bond lodgements every day, the RTA maintains all the records for those bonds, the refunds (when they are due), and the disputes if something goes wrong.

My role was sole UI/UX Designer in an Agile (Scrum) team that included a project manager, business analyst, a copywriter, one frontend dev, two backend devs, four testers, and five other personnel that assisted with this and other projects concurrently.

The biggest pain point with the existing bond system was that all transactions were paper based. All lodgements, refunds, disutes, name/address changes, bond amount adjustments etc. were processed via printed forms that had to be posted in, or manually submitted in-person at the RTA offices.

Besides the obvious slowness of this method, there was the high cost of record maintenance. The details on every form were manually entered into the database and then the document was scanned for archiving.

There were two distinct user groups, real estate agencies and individual users, which meant that the app required two different sets of features and functionality.

The final product, a responsive, HCD web app, consisted of over 100 screens of advanced components that completely negated the need for paper forms. The app streamlined every aspect of the lodgement/refund/dispute processes, resulting in dramatic cost savings both in processing time, and call centre inquiries.

Check in again later for the rest of the story. 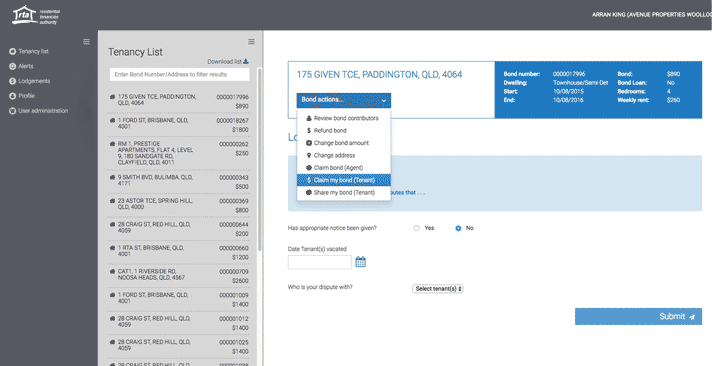 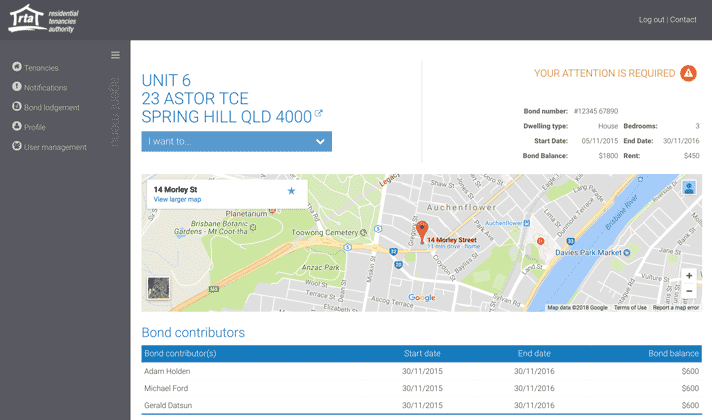 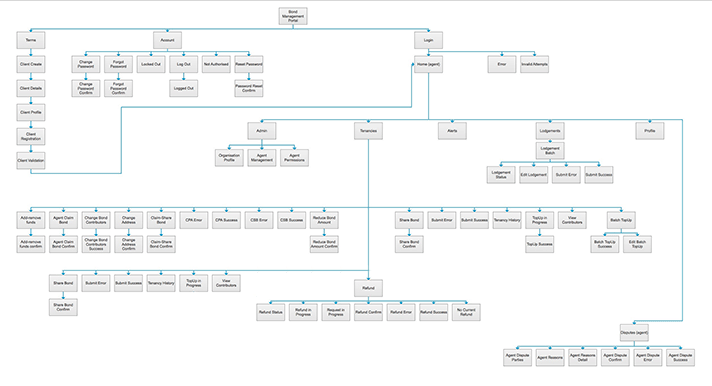 Like what you’ve seen? Fill in the form below so we can get together and discuss the possibilities.